When war ends, when a surrendering of sorts comes into effect, there is always a time of assessing, gathering, integrating, rebuilding, and finding a way to move forward, to live back into our every day lives.  Sometimes this war has been an internal struggle, physical, psychological, emotional, spiritual, or existential. At other times it truly is an external, destructive on every level, all out war.  What is a constant about this time of war and subsequent integration is the grief work.  Time to honour, acknowledge and accept all losses.

In September 1944, my father, at the time 15 years old, had been rounded up at school one day, together with all the other boys 15 years and older and sent off to the last gasps of a dying war on the western front.  He orders were in digging trenches for the army and carrying ammunition.  His cousin, a few months older at 16, was given a gun and sent out into the fighting itself.  More than 50% of the boys sent to war this way never made it back home again.  The army, however, was retreating, driven eastward by the combined allied forces.  When they were just 15 km from his village, the acting commanding officer told my dad to go home.  He was well aware of the reality of how the war was unfolding and understood that little more could hold back the inevitable.  My dad returned home to the last months of war that raged around their village.  Surrounded by hills and forest, a small pocket of a village, surrounded by fighting, trenches, with the fields extensively mined.  At war’s end the village was 90% destroyed, food was scarce and work hard to come by.

With the surrounding fields mined, with little possibility of planting food, this was a time of great scarcity and hunger.  The community begged food from neighbors and villages further afield, further from the border front, where food growth was possible.  The available work was in clearing the fields and trenches of bodies, and the fields of land mines.  Work taken up mostly by the boys and young men from the community.  My dad, now 16, was amongst these.  The work paid a small stipend, daily food, a bottle of wine (which often was sold on), and 50 cigarettes.  Reminds me of the dop system that was in place for so very long on the farms in South Africa.  After two weeks of training the clearing began.  Men with knowledge of the mined areas headed up small teams throughout the area.  With a steel pole the ground was tapped, cm by cm, until a hard surface was met.  The call went out and with a vacuum type device the ground was explored for a mine plate or not.  Mines were exploded on site or disabled if possible.  The work was painfully slow, very methodical.  Men and boys died when mines were encountered unawares and went off.  To cope there was a certain sense of working with stoicism, of not really having much option, at times fear was present, but mostly just numbness, some drank.  The presence of fear brought caution.  There was little capacity or opportunity to really care for each other.  Every morning the group divided itself up and set out into the fields.  Every morning the decision was made with whom to work with.  My dad quickly learned to attach himself to the quieter, calmer, more professional personalities who were ‘safer’.  Less calm personalities had higher accident rates. His mother never knew what work he went out to do those first few months after the war.  She thought he was only involved with clearing out the fields and trenches of bodies, burying people and animals.  Gradually the bodies were buried, the land mines cleared, the losses mourned, life could become more regulated and ordered again.  A time so chaotic one can perhaps understand the need of a generation to impose order on any situation.

In our own lives we lay down or encounter land mines every day, even every moment.  At times we don’t even realise this is part of the fields of awareness we are strolling through.  It may look so beautiful, so expansive, full of flowering and life.  We may never know when, unintentionally, we step into an exploding surface.  Discussion this weekend at a mindfulness teacher retreat brought up the example of language and how language can include or exclude, the ease with which this can be done, intentionally or unintentionally, setting off land mines of reactivity.  Being our calmest selves, slowly moving through the fields of our lives with open presence awareness, we can perhaps become aware of the landmines at the earliest moment that they are encountered and make choices in response.  These land mines may be external, internal, or intra personal.  Be assured that no matter how hard we try we will step on some landmines and have to deal with the consequences.  None of it is personal, even as it may be extremely intimate and leave us feeling exposed, raw, and bleeding.  So breath, be, sit, stay with every moment as it presents itself, assessing, gathering, integrating, rebuilding, and finding a way to move forward, to live back into our every day lives, once we’ve encountered and perhaps cleared the mine fields.

I am not enamoured with fighting and war metaphors but war is a reality of our world and at times our lives.  So to mix metaphors I’ll end with a poem by David Whyte.  Encountering all the explosions, turning inward at times to tend the well of grief and loss, to meet our lives with courage, heart, compassion and kindness, even as we continue stepping through and on the landmines. 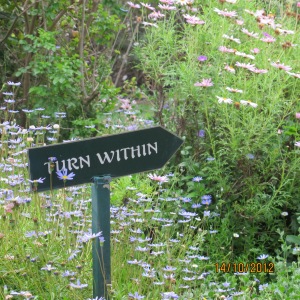 Those who will not slip beneath

the still surface of the well of grief

turning downward through its black water

to the place we cannot breathe

will never know the source from which we drink

the secret water, cold and clear,

nor find in the darkness glimmering

the small round coins

thrown by those who wished for something else.

Passionate about living every moment as best I can. Continually emergent and a work in progress
View all posts by amindfullife →
This entry was posted in Life, stories & more and tagged courage, dealing with loss, difficult, fear, grief, kindness, loss. Bookmark the permalink.

7 Responses to Stepping on landmines